In April 2019, 31,721 pilgrims walked to Santiago and obtained a Compostela certificate, representing an increase of 44% compared to April 2018.

A reason for the significantly higher numbers is partly due to Easter falling at the end of March/early April in 2018. However when you compare Jan – April 2019 to Jan – April 2018, there was a 16.5% increase in the number of pilgrims that arrived into Santiago in 2019. This is despite the interior renovation works in the Cathedral of Santiago which has resulted in no Pilgrim Masses being held in the Cathedral until January 2020 and that fact that the Holy Year is only 2 years away (2021), which some pilgrims are waiting for. 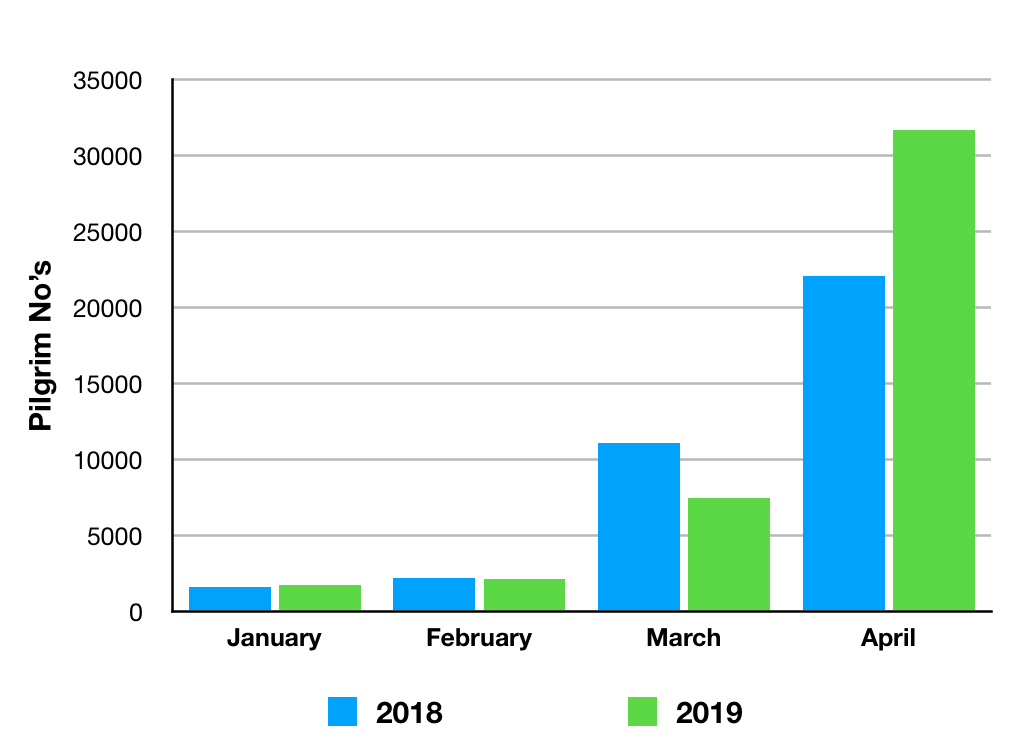 An Analysis of the Pilgrims – April 2019

The King and Queen of Belgium walked from Burgos across the Palencia province on the French Way during the Easter Holidays, as they did the previous two years. They were accompanied by their children and close family friends.

Irish on the Camino

Ireland continues to be well represented on the Camino de Santiago due to the availability of low cost, direct flights from Dublin to Santiago, media attention about the Camino on Irish television, radio and newspapers as well as a shift towards cultural holidays among Irish people in recent years. For further information about the ‘Irish Love Affair with the Camino’, click on this link: https://www.magichillholidays.com/camino-irish-people/

For those interested in finding out more about walking the Camino and our different Camino trips in Spain and Portugal, email us at info@magichillholidays.com and we will send you our FREE Camino Guide.